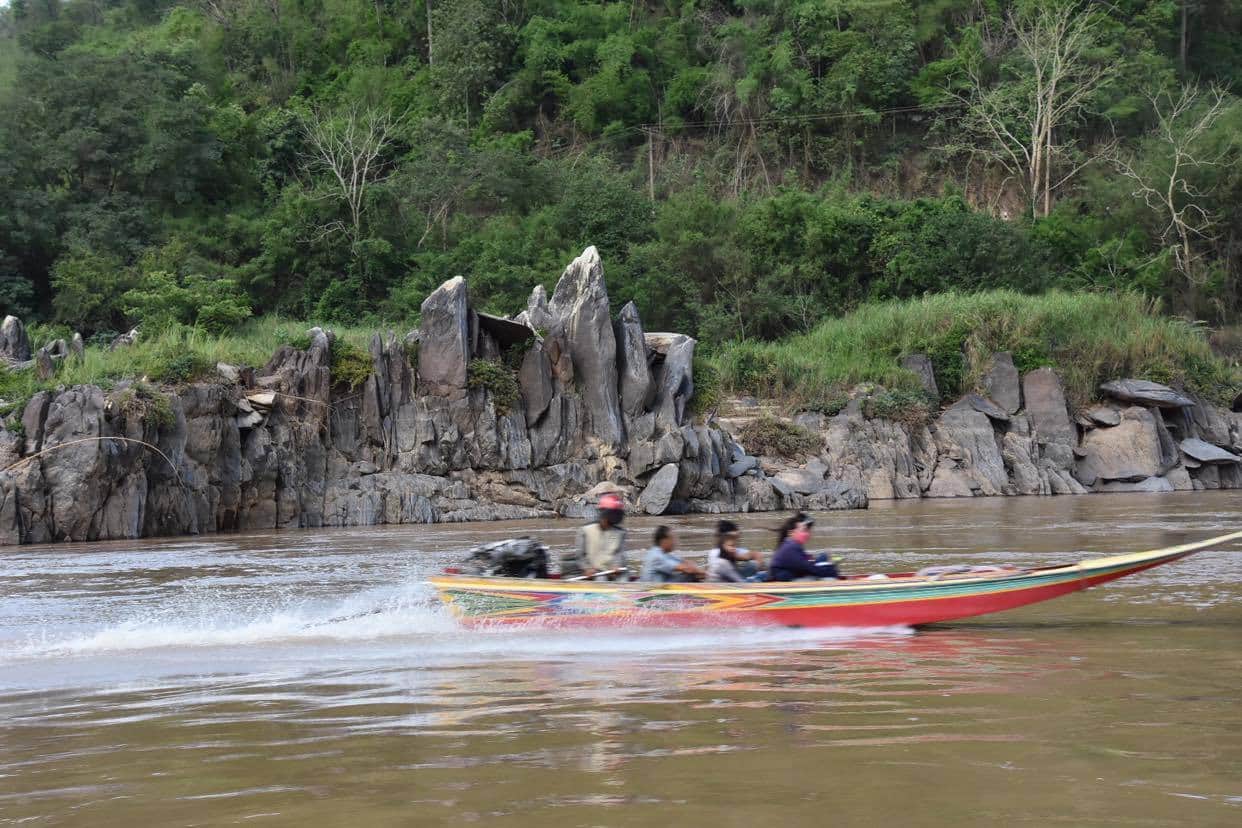 Governor of the Electricity Generating Authority of Thailand (EGAT)

Efforts are being made to push forward the development of the Luang Prabang Dam, the fifth mainstream dam to be submitted for Prior Consultation (PNPCA) under the 1995 Mekong Agreement, with the PNPCA concluding on 30 June 2020.  Thailand is expected to be the major buyer of power generated by the Luang Prabang dam.

The Thai Mekong People’s Network from Eight Provinces, comprised of people who live by the Mekong River, including areas that form the  border with the Lao People’s Democratic Republic (Lao PDR), are already facing  transboundary environmental impacts from the Xayaburi Hydropower Project, the first dam on the Lower Mekong River. The Xayaburi dam started generating electricity in April 2019 and conducted trials in July 2019, which have resulted in significant environmental impacts. The impacts have become more severe after the Xayaburi dam officially started commercial operations on 29 October 2019. Impacts include fluctuation of the Mekong’s water level, the disruption of seasonal migration of native fish, the river changing to a blue color due to a lack of sedimentation, among others.

In addition, there have been reports of an earthquake, measuring 6.5 on the Richter scale, in Xayaburi province, Lao PDR. The seismic effect could be felt in various provinces in Thailand, including among high-rise buildings in Bangkok. Despite this threat, comprehensive impact assessments have not been conducted, making it difficult to predict future impacts.

To date, the Xayaburi dam has not developed measures to adequately address the downstream transboundary impacts on affected people.  Previously, the Thai Mekong People’s Network from Eight Provinces filed lawsuits with the Administrative Court regarding the Xayaburi and Pak Beng dams, demanding the protection of people’s rights, as we are directly impacted by these two dams. We also demand a new transboundary impact assessment for the Xayaburi dam and the suspension of plans to purchase power from the Pak Beng dam. Despite both these cases still being under review in the Administrative Court, there are now efforts to urgently push forward yet another project with transboundary impacts, the Luang Prabang dam.

We are gravely concerned about the problems and ask you as representatives of the Thai government concerned with this project to act as follows:

1. Please disclose details of plans to purchase power from the Luang Prabang dam as Thailand has been identified as a major buyer of the power generated by the dam. If the power purchase plan has been developed, please send us all documents related to the contract or draft contract of the Power Purchase Agreement (PPA).

2. Please consider suspending the signing of the PPA of Luang Prabang dam and other dam projects on the Mekong mainstream for the following reasons:

2.1 According to Thailand’s Power Development Plan (PDP 2017-2037), aka PDP 2018, approved by the cabinet on 30 April 2019, an additional 56,431 megawatts will be added during 2017-2037. This includes importing 5,857 megawatts from neighboring countries, particularly from Lao PDR through the Northeast of Thailand. Plans to import 5,857 megawatts from neighboring countries is a key factor that incentivizes the construction of large-scale hydropower projects on the Mekong mainstream and tributaries, including the Pak Beng, Pak Lay, Luang Prabang, and Sanakham dams etc. These projects will bring about catastrophic environmental and social impacts to the people in Thailand and neighboring countries.

A case in point is the Xe Pian-Xe Namnoy dam, which started selling electricity to EGAT. The collapse of its saddle dam D caused devastating impacts on the people in Lao PDR, including over 47 deaths and an unknown number of missing people, as well as the destruction of houses and farmland making it impossible for people to return to live in their homelands. Yet, the problems faced as a result of this project remain unaddressed and no restoration has been made.

Private sector investors have failed to come up with plans to adequately address transboundary environmental impacts of dams, and the people along the Mekong River and those in Laos are bearing the brunt of the impacts.  The burden is being shifted to Thai authorities, who are spending public funds to address the problems.

While hydropower is often touted as costing less than other energy sources, this is because hydropower projects externalize the cost of addressing social and environmental impacts.  In addition to assessing the financial risks and viability of importing electricity from neighboring countries, decisions on whether to purchase power from various hydropower projects needs to also consider the risks posed by climate change, which can affect how much electricity a project can generate. These risk factors will lead to an increase of public funds used to address the impacts and the cost of electricity sold to the people.

2.2 The Covid-19 pandemic has reduced power demand and consumption in Thailand, due to lockdown measures imposed by the government and economic slow-down. As a result, the power reserve margin now stands over 65 % , while electricity prices are on the rise, causing much controversy recently. A key factor contributing to the increase in electricity prices is the fact that power purchase agreements are made on a Take or Pay basis for the entire 25-30 years of the contract. Such contractual term is not compatible with the current situation and means that it is energy consumers who shoulder higher cost of power.

Given the above situation, the Network urges you to reconsider PPAs to procure power from neighboring countries, particularly from dams on the Mekong Mainstream in order to avoid environmental and social impacts that will befall on local people and the transboundary impacts on the people in Thailand as well as the Thai people who will be the major buyer of such power.

3. The Network is aware that the Ministry of Energy is tasked with the duty to procure reserve energy for national development. But at present, Thailand’s reserve margin is much higher than 15%, which is  the international standard. With additional purchase from foreign sources, it will cause people to pay more for unnecessary power. Meanwhile, the Ministry of Energy is seeking to increase uptake of alternative energy, which are environmentally and community-friendly, such as  solar and wind power projects, the construction of floating solar panels in the existing reservoirs, community energy projects, energy efficiency, etc. These initiatives and projects can help to generate more jobs and deliver electricity faster than large-scale dams. The Ministry of Energy’s efforts to promote people’s participation in solar energy production and the promotion of community-based power generation should receive more support rather than the purchase of power from foreign sources. We urge you to pay serious attention to the alternative energy production and management which do not cause devastating impacts like the construction of dams on the Mekong River.

We reiterate again that power from the Luang Prabang dam is unnecessary for Thailand’s energy security. Pushing ahead with this project will result in the destruction of precious natural resources of the world. Please consider reviewing and suspending the purchase of power from abroad, particularly from dams on the Mekong River.

The Thai Mekong People’s Network from Eight Provinces would like to bring to your attention this information and our concern and would like to know initial information about the plan to purchase power from the Luang Prabang dam and the Ministry of Energy’s and EGAT’s position toward this project. Please send us a written reply within 30 days upon the receipt of this letter.

Thank you for your attention and we look forward to your cooperation. 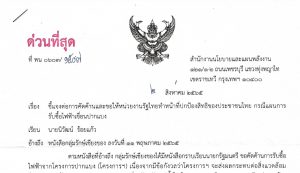 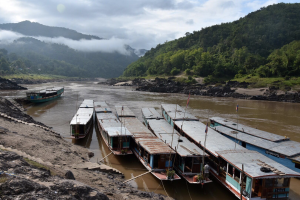